May 2020: See below for biographical/professional information on the author, Ron Lipsman, of this site. The site was originally published in the fall of 2007 and was active until the spring of 2015. At that time, my wife, Shelly, fell gravely ill, and shortly thereafter succumbed to pancreatic cancer. My world was shattered. Suddenly the pursuit and development of these pages did not seem very important to me. The site lay fallow for five years. Having emerged from my funk recently, I decided to revive the site. Its basic structure is undisturbed. The only significant change will be less emphasis on politics and greater emphasis on the cultural/social/economic aspects of liberty. 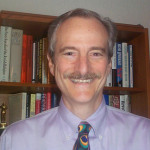 I am Professor Emeritus of Mathematics at the University of Maryland. I spent more than 40 years there doing research in mathematics and teaching it to the youth of America. It was great fun. I interacted with brilliant faculty (both at Maryland and around the world). I encountered many talented and hard-working students. And many of the support staff were dedicated and friendly co-workers.

But as my career progressed and I took on several high-level administrative posts, I also encountered the dark side of modern university life — the overwhelmingly leftist milieu and mindset that dominates the campus and brooks no conservative thought.

You can read all about my adventures bucking (or not) liberal academia in an article that I published in The American Thinker in 2009: Swimming Upstream: The Life of a Conservative Professor in Academia — portions of which were read on the air by Rush Limbaugh on October 6, 2009. If perchance you have experienced a similar environment (in academia or elsewhere), I would be pleased to hear about it. Contact information found below.