George Will‘s The Conservative Sensibility, reviewed by Patrick Deneen in The Washington Post. Deneen’s review, while respectful and — like Will’s book — extremely well-written, takes issue with Will’s premises and emphases. Perhaps I am oversimplifying, but Deneen accuses Will of pursuing a largely economic stance, arguing for a more laissez-faire approach to the government and the economy, while ignoring the social turmoil wrought by increasingly ascendant progressive attitudes and policies. I encourage the reader to sample both the book and the review. 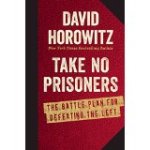 David Horowitz‘ Take No Prisoners: The Battle Plan for Defeating the Left; reviewed by J. Christian Adams in PJ Media. There is another review by yours truly on this site.

Dinesh D’Souza’s America: Imagine a World without Her; reviewed by John Hayward in Human Events. Another review, this one also of the D’Souza movie by the same name, by John Fund in National Review online. 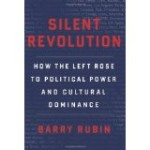 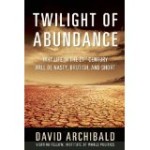 David Archibald’s The Twilight of Abundance; reviewed by Terrasa Monroe-Hamilton at NoisyRoom.Net. 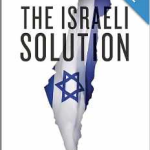 Caroline Glick‘s The Israeli Solution: a One-State Plan for Peace in the Middle East; reviewed by Spengler in the Asia Times. Here is a second review by Evelyn Gordon in the June 2014 issue of Commentary Magazine. 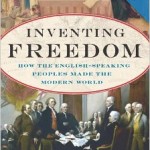 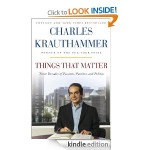 Charles Krauthammer’s Things That Matter; reviewed by Peter Wehner (of the Ethics and Public Policy Center) in the Nov 13 online issue of Commentary Magazine.

Mark Levin‘s The Liberty Amendments; reviewed by Thomas Lifson (editor and publisher of The American Thinker).

Mark Steyn‘s After America; reviewed by Ray Hartwell in the Washington Times.

George Gilder‘s The Israel Test; reviewed by Yours Truly in The American Thinker.